Bethesda announced today that their Creation Engine will be released in April, which means that Fallout 4 will get official PC mod support. Consoles will follow one month later. Meanwhile, Bethesda is working hard on revamping their Survival Mode. 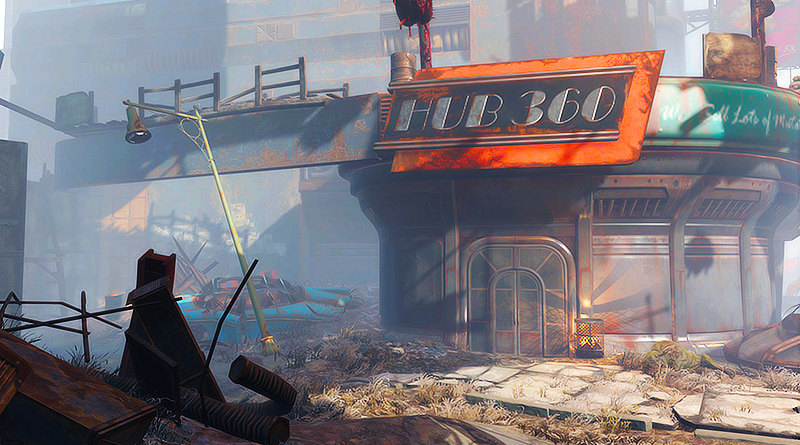 Also earlier today, Fallout 4 Survival Mode details leaked on Reddit, and the findings were confirmed by Bethesda itself, which stated on Twitter:

Our fans are too smart. Early look at #Fallout4 Survival Mode on @reddit. We're still messing w/ it.


So, without boring you with further details, here's what you need to know about the upcoming Fallout 4 Survival Mode to be released in April.

Saving - Both manual (!) and quicksaving are disabled. To save your game, you'll need to find a bed and sleep.

Combat - Combat is more deadly for everyone. You now deal, but also take, more damage. You can increase the damage you deal even further with "Adrenaline" (keep reading).

Fast Travel is disabled. If you wish to go somewhere, you'll have to physically travel there.

Weighted Ammo - Bullets and shells now all have a small amount of weight, which varies by caliber. Heavier items such as fusion cores, rockets, and mini-nukes can really drag you down.

Compass - Enemies will no longer appear on your compass. Also, the distance at which locations of interest will appear has been significantly shortened.

Wellness - You'll find it difficult to survive without taking proper care of yourself. You must stay hydrated, fed, and rested to remain combat-ready. Going for extended periods of time without food, water, or sleep will begin to adversely affect your health, hurting your SPECIAL stats, adding to your Fatigue (see "Fatigue" below), lowering your immunity (see below), and eventually even draining your hit points.

Fatigue - Fatigue works like radiation but affects your AP instead of your HP. The more fatigue you've built up, the less AP you'll have. The amount of fatigue you've accumulated will be displayed in red on your AP bar.

Sickness - A comprised immune system and a few questionable decisions can end up getting you killed. Eating uncooked meat, drinking unpurified water, taking damage from disease-ridden sources, such as ghouls and bugs, or using harmful Chems all put your body at increased risk for various ill effects. When you are afflicted with an illness, a message will appear on your screen.

Antibiotics - Antibiotics, which can be crafted at Chem Stations or purchased from doctors, heal the various effects of sickness.

Bed Types - The type of bed you're sleeping in determines the length of time you are able to stay asleep. A sleeping bag will save your game and may help save your life when you're desperate, but it will never allow for a full night's rest and the benefits that come with it.

Crippled Limbs - Crippled limbs will no longer auto-heal after combat and will remain crippled until healed by a Stimpak.

Carry Weight - Exceeding your carry weight reduces your Endurance and Agility stats and periodically damages your legs and health. Think of your back, man!

Companions - Companions will no longer automatically get back up if downed during combat and will return home if abandoned without being healed.

Enemy & Loot Respawn - Locations you've cleared will now respawn enemies and loot at a significantly slower rate. What? You wanted a tough Survival Mode, didn't you?

So, what do you think about these leaked details on Fallout 4 Survival Mode? If you were looking for a more brutal approach on the post-apocalyptic life in the Wasteland, these changes might be just what you need. Happy now? Or you were expecting a lot more?

Update: Check out our experience with Fallout 4's Survival Mode.