This is what the Fallout 4 Map could look like. Twice as big as the Skyrim map and including familiar landmarks. Here, have a look. We also have a video if you don't want to read! 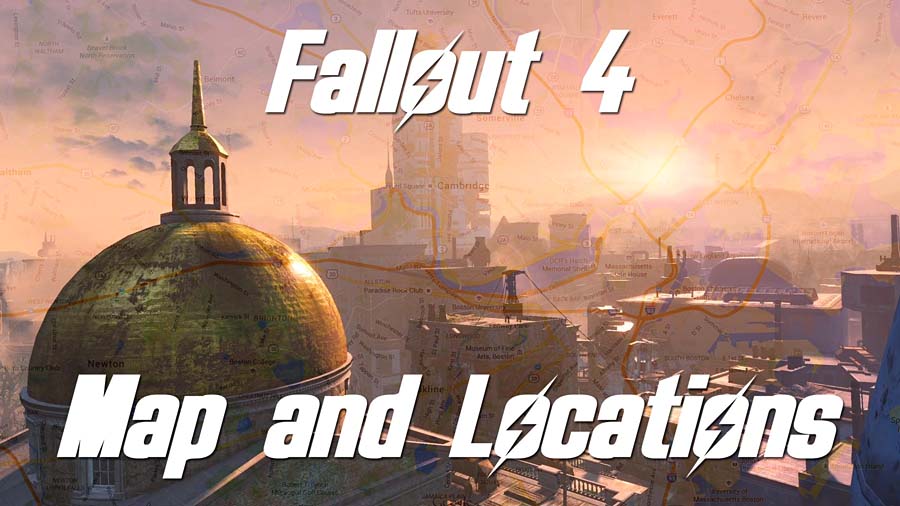 Based on the distance between Boston Statehouse and the Skywatch Observatory - both buildings appearing in the Fallout 4 Trailer - we concluded that the map scale is about 1:3.

Here you can see a rough estimation of the Fallout 4 Map. At this size (1:3 scale), the map has approximately 30 square miles, double that of Skyrim's (15 square miles). If we are to take Bethesda's word for granted - they said they're going to "reinvent the open world genre" - and giving the fact that the new engine is next-gen, all this seems very likely.

And below is the final draft for the Fallout 4 map reveal. As you can see, Whitney Hill Park is Vault 111, nukes hit Brighton, and the garage is around Cambrige. 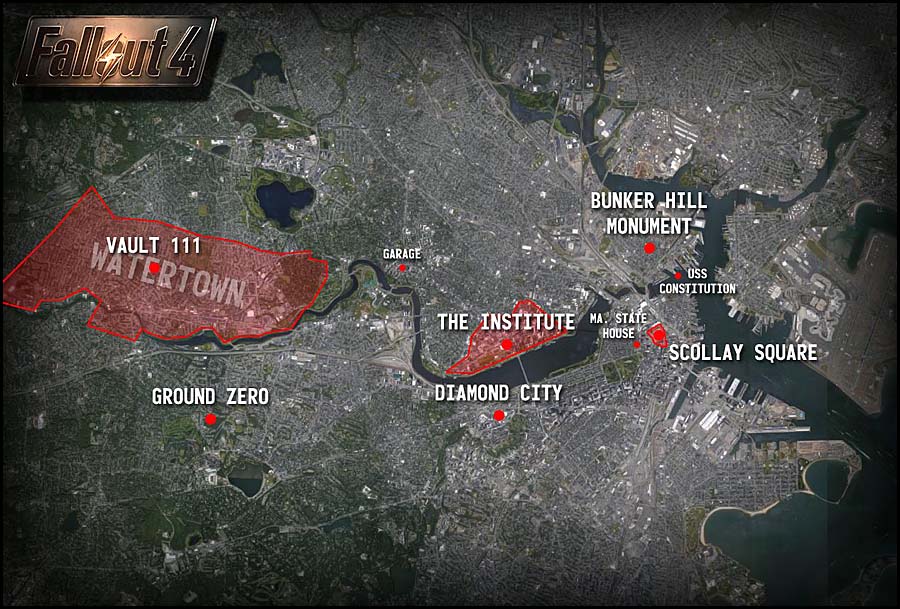 And here's the promised video of the infamous Fallout 4 map for those of you who want to dig further into how the map was created and the logic behind its locations.