It's been four years since Obsidian released Fallout New Vegas, and since then there's been endless speculation in the fan community about what the next game in the series will look like, if indeed it's ever actually developed. Fans have discussed, argued, moaned, complained, agree, disagreed, begged, pleaded, petitioned, and persisted in their attempts to wring any information out of Bethesda Softworks regarding Fallout 4, but to no avail.

If there really is a new Fallout game in development, it's the best kept secret in the history of secrecy. Bethesda's got it locked up tighter than a New Vegas virgin. Fallout 4 Speculation. 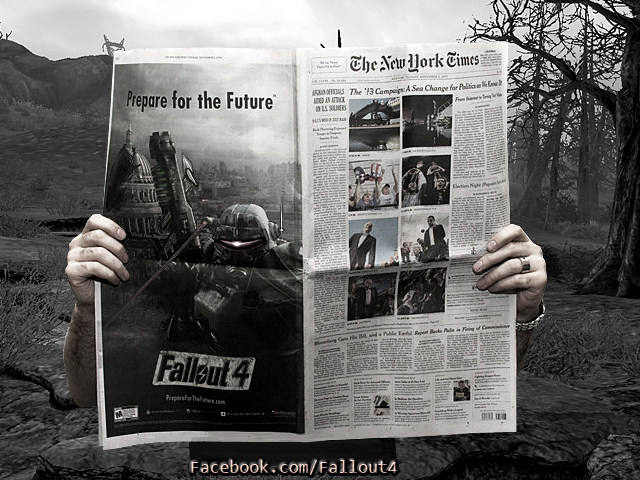 But that hasn't stopped the fans from speculating on what they would like to see in the next iteration. Locations, features, new capabilities, and a host of other things have all made someone's top ten list, and we're no exception. Without further ado, here's my list of top ten awesome features that we probably won't see in Fallout 4, whether we want them or not.

10. A complex, multilayered storyline: Let's face it, guys. Good writing is HARD. Remember how buggy New Vegas was? How carefully you had to strategize your faction interactions, and how many different ways there were for the game to end, depending on who you allied with, who you killed, who you pissed off, and who you ignored? Yeah, that sh!t's a lot of work, so I wouldn't look for it in Fallout 4. As far as story goes, think Pokemon. "I choose you, yao guai!"

9. Dual wielding: When Bungie released Halo 2, the big centerpiece of their demo was a video of Master Chief picking up a second pistol and letting loose on his enemies. Wouldn't it be cool to see that in the next Fallout game? Yeah, we think so too. Unfortunately, that sh!t only looks good in Jason Stratham movies. In real life, all you do is miss a lot. If your character does it, he'll probably look more like Pee-Wee Herman playing "Lazer Tag."

8. Better factions: In Fallout 3, you really didn't have a choice as to who you supported (Fallout 3 or New Vegas - which one is better?). The Enclave wanted to kill you; the Brotherhood were your friends, unless you did something "evil." New Vegas improved on that a lot, with multiple gangs and factions that interacted with you and, to a limited extent, each other, depending on how you chose to interact with them. Again, that's a lot of work, so look for a return to the overly simplistic, black-and-white divisions we saw in Fallout 3. No, you won't get to join the Enclave. They're the bad guys; get over it.

7. An improved third person camera: I don't know about you, but I like playing in third person, even for combat. Why go to the trouble of creating a good-looking character only to spend hours of game play staring at a hand holding a gun? It's irritating to say the least when I line up my cross hairs on a super mutant, let loose a barrage of fire, only to see my bullets impact the wall just above its left shoulder. Let's face it, the Fallout 3 third person aim point SUCKS, and when Obsidian had the chance to fix it in NV, they didn't. Come on, people, BioWare got this right in Mass Effect; why can't Bethesda? Their motto seems to be "if it's broke, leave it alone." So don't look for a fix in Fallout 4. 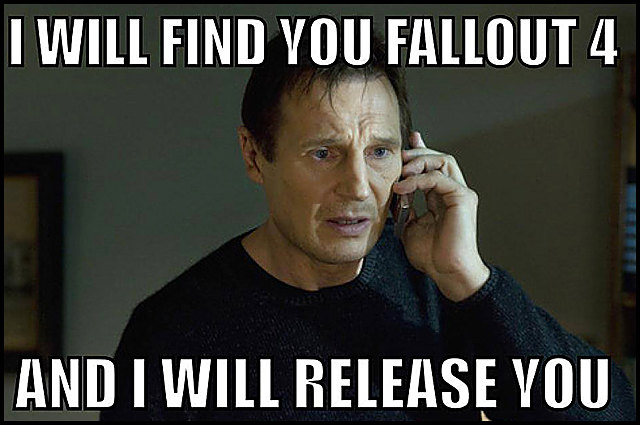 6. Romance: In Skyrim, Bethesda made it possible for players to get their characters married to eligible NPCs. The actual romance portion of it was kind of sketchy, but this was still a nice realism addition to a very good game. Wouldn't it be nice to have an occasional romantic interlude between your Fallout 4 character and his or her love interest? Life in the wasteland isn't all killing and grilling, after all. These guys and gals need some "down time" (cough). Sadly, we probably won't see this feature either in Fallout 4, which brings me to my next point in this Fallout 4 speculation...

5. Better companions: Companions in Fallout 3 were OK, if a little one-dimensional. There were a lot of improvements made in New Vegas, with many being dependent on side quests that had real impact on the game and world. Still, there's room for improvement. I'd like to see more casual banter along the road, more unique quests, romance, and better AI. But I'm not hopeful, because as I keep saying, good storytelling is hard. Expect a bunch of cookie-cutter companions in Fallout 4.

4. Vehicles and/or mounts: Wouldn't you like to fast travel on your own motorcycle, or ride into battle on a trained deathclaw? So would I! Sadly, you won't be able to do either, at least not without mods.

3. Ch!ld killing: Fans have strong (and mixed) opinions on this; some want it, others don't. It's unique on this list because it's probably the only feature we actually won't see in the next game. Yes, you could do it in Fallout 1 and Fallout 2. However, given the bad press that inevitably gets written about violence in video games, I don't think any major company is seriously going to do this, especially given the body count of ACTUAL children who get shot every year in America. Yeah, Rockstar got away with its horrible treatment of women and graphic depictions of torture in Grand Theft Auto V, but I wouldn't hold my breath for infanticide in Fallout 4.

2. A wider variety of weapons: Fallout 3 had lots of guns and improvised weapons; New Vegas had lots more. Let's add bows, crossbows, and a host of other improvised weapons to the mix. With tons of mods and crafting options, Fallout 4 should be like Dead Space 2, on Earth, in the ruins of America. But it probably won't be. It'll probably be more like Halo or Gears of War in terms of weapons. I think that's a fair Fallout 4 speculation. Variety is for pussies!

1. And the number one awesome feature we probably won't see in Fallout 4 is... Fallout 4. Wait, what? Well, getting the game announced that is, anytime soon. Like... maybe next year?


Hope you enjoyed this Fallout 4 speculation discussion. If you like this article, please share it with your Fallout friends.