Fallout 4 game rumors -- here's 10 most intriguing rumors we've heard so far about the highly-anticipated sequel. Four years have passed since the release of Fallout: New Vegas, seven if you are taking into account Fallout 3. Fans are demanding ANY news about the release of Fallout 4. However, Bethesda is being more secretive than CIA. 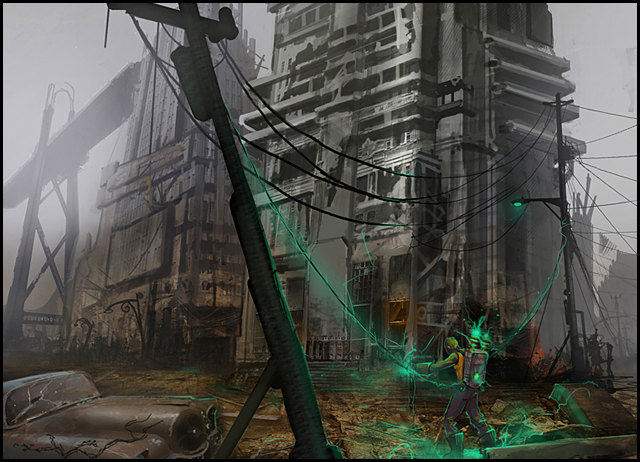 Since Bethesda doesn't give us anything, all we fans have to go on are the rumors circulating around the Web and a lousy Fallout 4 petition. Here are the top 10 most interesting rumors about Fallout 4.

Fans have different opinions about when Fallout 4 might finally hit the shelves. Some of you thought the game would be announced at E3 last year, and some are again hopeful that we will see an announcement this June. Whether the case, the likelihood of a Fallout 4 release by the end of the year is very small. 8/10 we will get the game by the end of 2016, most likely on October 23 because, you know, that's the date when the bombs fell.

TheSurvivor2299.com being a secret marketing campaign run by Bethesda. Likelihood of this to be true: 0/10. Survivor 2299 was NOT a teaser website for Bethesda as much as we wanted to believe. The coded messages were nice and the Reddit community was quick at deciphering them, but that's how far the rabbit hole goes. Eventually Bethesda pulled the plug on the website. The man behind The Survivor confessed that he tried to force the company to announce Fallout 4 at VGX 2013 and failed. Because he was drunk. Or something... 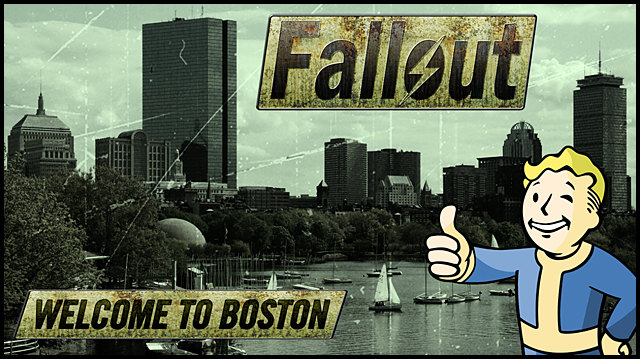 Fallout 4 will take place in Boston. According to Kotaku's supposedly leaked Fallout 4 script, the next installment of the popular franchise will take place in Boston. After the climbing of the Washington Monument and freeing the Lincoln Memorial from slavers, choosing another historical location could lead to more memorable moments like these, however doing this will remove the element of surprise from Fallout 4 so, even if the casting documents were legit, I doubt Bethesda would pursue that direction. Likelihood of a Fallout 4 in Boston: 5/10.

Do you remember The Replicated Man? It was a quest in Fallout 3 where you are supposed to track down a runaway android and then decide whether to hand him over to Zimmer or help him continue hiding. The Commonwealth is #7 on our list of interesting Fallout 4 game rumors. Not much information is known about the Commonwealth and the Fallout 3 DLCs mention of an android uprising and the Railroad. Both Survivor 2299 and the Kotaku leaked documents emphasized greatly on the Institute (the place were androids were created). The Commonwealth and the Railroad seem like interesting additional factions to work against (or with) BoS and the Enclave. Likelihood of the Commonwealth appearance in Fallout 4: 8/10. 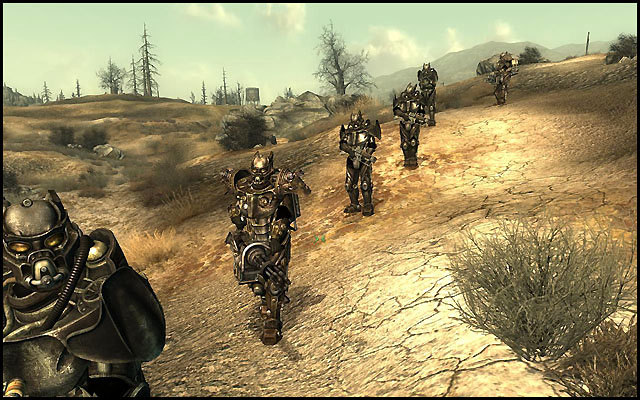 The return of the Enclave. The Enclave is the "Big Bad Wolf" of the Fallout universe, and they were placed in this role since the classic Fallout games. They are the remains of the American government and seek to resurrect it for their own needs. As you well remember, at the end of Fallout 3, the Enclave were being driven out of Washington D.C. and it is very likely that the survivors had fled to Boston to seek an alliance with the Institute. Since the Brotherhood would also be very interested in the androids (very advanced technology) it is plausible that they would seek to put down the threat of the Enclave once and for all. If the Brotherhood returns, so will the Enclave. Likelihood of the Brotherhood and Enclave both being factions in Fallout 4: 10/10, although they are likely not going to be the major factions in the game.

The Return Of Three Dog. We love Three Dog, the 'good fight' supporter and we would very much like to see him again in Fallout 4, even if as a less important character. Erik Todd Dellums (the voice of Three Dog) tweeted back in January 2013: "To all my #Fallout3 and #ThreeDog fans: There may be more of the Dog coming! Fingers crossed!" So far the only casting rumor has come from his mouth (Twitter whatever) but given the fact that he quickly retracted his statement, probably on Bethesda's request, there is a 9/10 likelihood that we will see more of the Dog in Fallout 4. Three Dog is #5 on our Fallout 4 game rumors list.

War does change... According to a recent tweet from Ron Perlman, he will not be the opening voice of Fallout 4. As you know, Perlman's voice appears in all major Fallout games with his signature phrase "War... war never changes." However, this time we might not hear him in Fallout 4. While leaving Perlman out would generate some negative fan comments online, it would likely not affect Fallout 4 sales. Given the fact that it was rumored that Perlman wouldn't voice the intro for New Vegas either (and that turned out to be false), we might hear about how war doesn't change again in the begging of Fallout 4. Likelihood: 5/10.

Fallout 4 will be an MMO. Given the current release of 'The Elder Scrolls Online' it is believed that Bethesda is waiting for sale charts to see if TES was successful, and then decide whether or not to make Fallout 4 a MMORPG as well. A short while ago, ZeniMax Media, the parent company of Bethesda, filled a trademark for Nuka Cola relating to "electronic computer games via the internet". What if ZeniMax is planning to create a massive online service? It is possible, although the likelihood of Fallout 4 being an MMO is 3/10. Based on fan input, very few people will appreciate or even play a Fallout MMO. After all, Fallout is a Single Player experience, it has always been, you are a Lone Wanderer, 'Savior of the Wastes'. 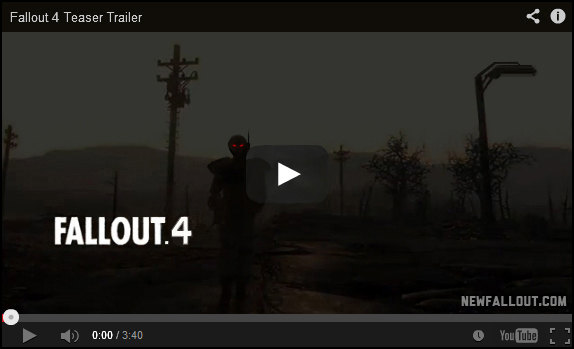 Fallout: the television series. After the incredible success of the fan-made Nuka Break series, an on-going television program set in a post-nuclear apocalyptic world will come to life, sooner or later. The likelihood of this to happen: 10/10. It's not a matter of IF, but rather of WHEN, since Bethesda has already made steps to ensure that no one else steals their thunder by filling 4 Nuka-Cola trademarks. When that happens, we pray it would be as good as "The Walking Dead" or "Game of Thrones". IF Fallout 4 will be a big enough success to impress television producers.

The Sleeper. If the Institute will make an appearance in Fallout 4 and the main story will be about androids, it is possible that you, the main character will be a sleeper. Maybe an android with false memory or a vault resident coming out of a cryogenic chamber after hundreds of years of sleep. One of the Vault-Tec vaults mentioned in the Fallout Bible was Vault 0: a special vault designed to monitor and control the other vaults. Inside, the geniuses of the prewar United States were kept in cryogenic stasis and a robot army. Kotaku's 'leaked' Fallout 4 casting documents refer to both a male and female main character (Mass Effect style) and they woke up from a cryogenic sleep chamber. Given the variety of the vaults seen so far in the series it would come as no surprise to find out that one of them had the residents cryogenically frozen. Likelihood: 7/10.


Do you think the likelihoods above are fair? Leave a comment on our Facebook page and don't forget to share with your friends, see what they think about these Fallout 4 game rumors.