So it's confirmed, Fallout 4 is in Boston. Yeah yeah, I know you know... But now you know I know you know, so quits. Let's have a look at some of the buildings we've seen in the trailer, but couldn't quite figure out what they are or where they are. Please note that Fallout is a video game, so obviously some buildings look quite different than their real-life counterparts.


In the typical Fallout style, the Boston skyline has been given the post-apocalyptic treatment. The distinct gold dome you see below is the Boston Public Library aka the State House. The stadium in the background turned out to be Fenway Park. But there are some other buildings that may have gone unnoticed. Hell, I barely noticed them. Scroll the page down!

One Boston Place comes up a few times in the trailer. It's pretty close and it's 'Falloutified' to high heaven. Obviously, some places are a bit further away in real life from their Fallout equivalents, but who's measuring anyway? Not me! But with the Internet, someone probably will. On the other hand, some Fallout 4 trailer buildings simply aren't there, while several locations, such as Scollay Square, have been demolished in real life, but yet they appear in the most recent Fallout 4 trailer. Can we explore all of these buildings? I'd like to think so! 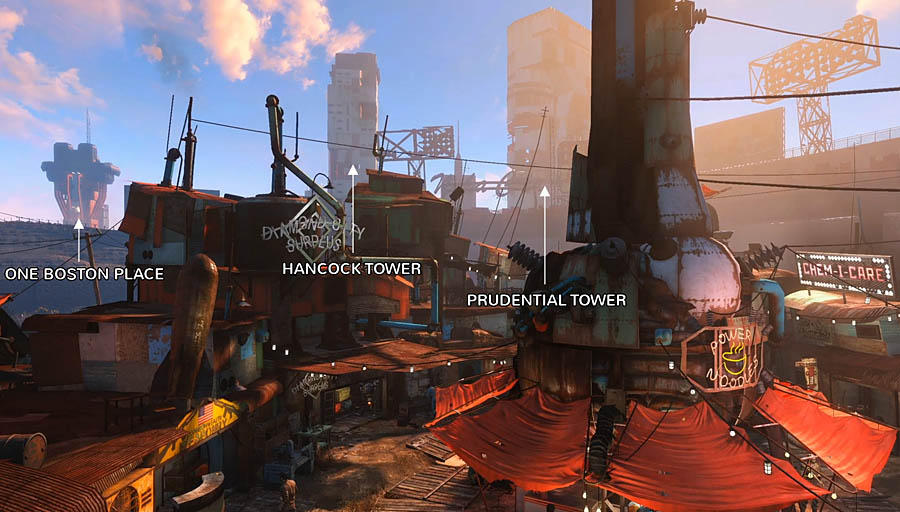 Next, here's a bit more of Fallout Boston, and even the hint of a ship! Boston version of Rivet City perhaps? It'd be an interesting nod to Fallout 3. Still not as cool as the flying "USS Constitution", but interesting nevertheless. If not for that fence, we could see the site of the Boston Tea Party. Will this be referenced as a part of Fallout lore? Or will they subvert it into something new like the Anchorage Memorial? We'll see... Oh, and let's not forget about that homeless Protectron. He needs about tree fiddy. Tree fiddy caps? 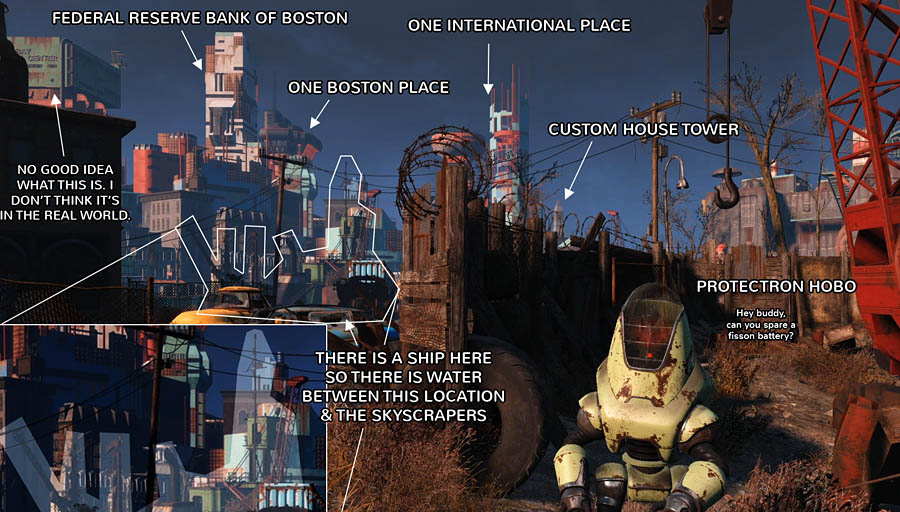 In the next picture, we get a nicer view of the skyline. Even the Federal Reserve Bank is there. Post-apocalyptic bank robbery anyone? Totally unrelated, but wouldn't it be cool if Pal could sniff out androids, like the dogs that can sniff out Terminators? 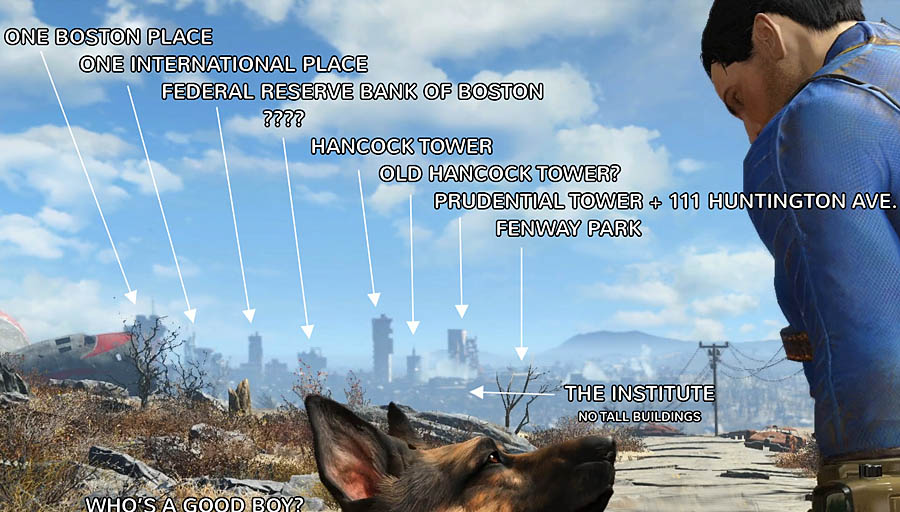 So, that's the rundown on the Boston Trailer Map. Did you recognized any more buildings in the trailer? Let us know in the comments! Meanwhile, for comparison, here's a real-life photo of the buildings of Boston, the city of champions.