Most Fallout fans always wanted to try out the classic games... But because of the "awful" graphics, the difficulty or simply because they refuse to run on modern PCs -- unless you know what you're doing -- you stayed clear from the classics. While I don't blame you -- you need patience to learn how to play the old games, and you also need a computer -- I would love to see a Bethesda Fallout 1 remake for PS3, Xbox and PC. Who wouldn't? 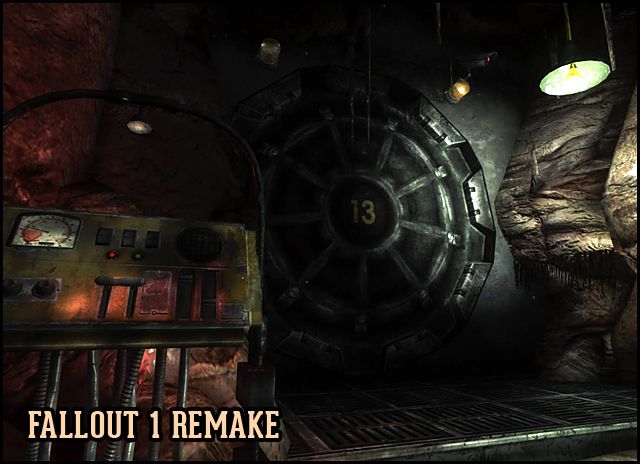 Just kidding! This remake is not by Bethesda, but by some dedicated fans who are creating a New Vegas MOD to allow us to experience the classics in 3D. An admirable effort if you ask me, even though they are working very slow and they might never finish the project, which would be a shame.


Will we see a remake of the original Fallouts by Bethesda? I very much doubt it. Asking Bethesda to remake Fallout 1 and 2 is like asking Square Enix for a remake of Final Fantasy VII. Is it going to happen? Nope. When asked why, the CEO of Square Enix stated:


If Bethesda remakes Fallout does that mean that Fallout 3 and New Vegas would become obsolete? After all, the classic Fallouts have such great story and freedom of choice... What about Fallout 4? If the action would happen even further away from the point where New Vegas ended, then there would be no more destroyed environment where to set the story in. New Vegas was bad as it is from that perspective... Most likely, Bethesda will go back to the beginning with Fallout 4 and give us a glimpse of life before the Great War.


Personally, I want Bethesda to leave the Fallout story alone. Maybe add a few stuff here and there -- after all, they can do things now they couldn't do 15 years ago -- but only remake the classics on a modern engine. Even though, a Bethesda Fallout 1 remake is very unlikely, at least we have these guys and, if you own a PC you're in luck, because soon you'll get to experience the classics in a new light.

NEXT: Should Fallout 4 Take Place in Boston?


Pretty cool, eh? I'd love to see a Fallout 1 remake by Bethesda, but that's a long shot. Probably won't happen... Did you enjoyed this article? Share it with your Fallout friends.